END_OF_DOCUMENT_TOKEN_TO_BE_REPLACED

Do you want to remove all animations from your slides? You may want to remove animations for a variety of reasons: maybe the sequencing is all messed up, and starting all over again seems like a great idea. But one look at your Animations task pane reveals tens or hundreds of animations on each slide. Is there a magic button somewhere in PowerPoint that can get rid of all animations all together?

Yes, you can do this easily in PowerPoint using some simple VBA code, as John Wilson of PowerPoint Alchemy explains. John adds that this only removes animations from individual slides, and not any animations added within the Slide Master.

END_OF_DOCUMENT_TOKEN_TO_BE_REPLACED

Do you want a random number generator for your PowerPoint slide? Do you want some numbers from a chosen sequence of numbers to pop up every time you click? Yes, you can do this in PowerPoint using some simple VBA code, as Steve Rindsberg of PowerPoint FAQ explains.

First you need to know how you can run VBA scripts in PowerPoint. Then use this code. Explore the code a bit though since Steve has put in some helpful comments so that you can edit some values as required. 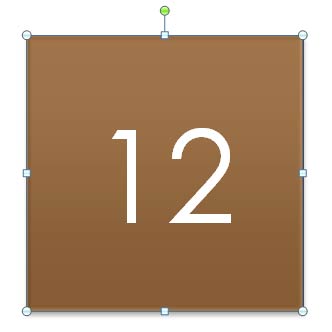